Three months after the release of M200A Teiuș-Alba Iulia, the route is receiving the so much needed extension up to Cugir. The existing 20 kilometers are joined by some more 37 kilometers, composed by Vințu de Jos, Blandiana, Tărtăria, Balomiru de Câmp, Șibot, Vinerea and Cugir. The route has a more serious approach towards the infrastructure, especially if you compare it with the old one from M200A. Teiuș-Alba Iulia received some attention in regards of bugfixing, scenery, and especially optimization. The latter was the worst issue, but it should be solved to some degree.

The future of the project consists in the continuation towards Deva, but at the same time keeping an eye on the infrastructure of M200A. The price of the route is a symbolic one, which is why the donation button is still there. I’d like to give thanks to everyone which trusted and supported the project. The cheap price is possible to you too, and as gratitude, everyone which donated even one euro shall receive a voucher which grants the route free of charge. Trusting the project shall not remain unrewarded here. 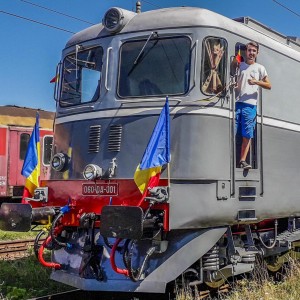